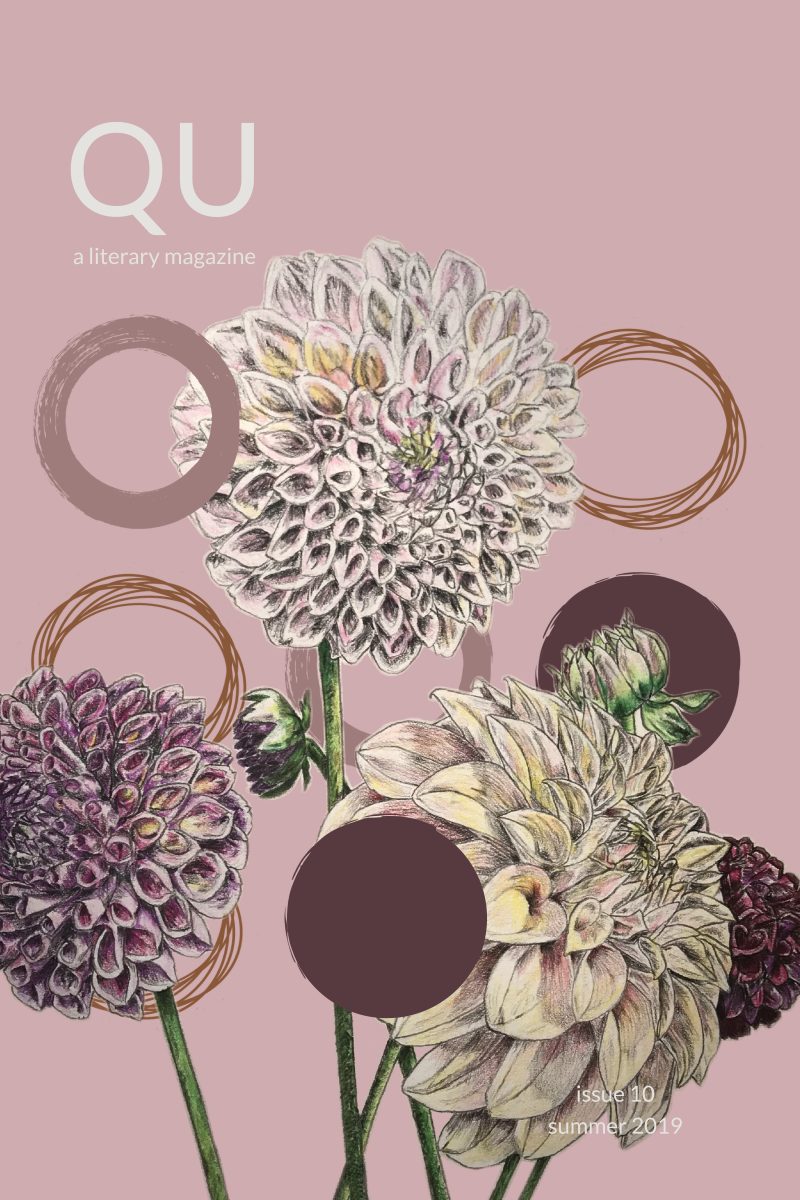 With this new girl, I figure the best way to keep at things is to pretend she is related to me. This is not some implausible scenario. We are Hawaiian-Japanese-Haole, the both of us, with wiry black hair and skin the shade of overturned coral. Plus, I have a magnificent family tree with wide, capacious […]

When You Live in the Desert by Zack Butovich

Dad shows me how to skin the diamondback by the creek behind the house. He is kneeling in the mud, his boots pressing square stamps into the uneven riverbed. I killed the snake earlier that morning. I drove a shovel through its body. It lunged at me and I wasn’t scared then. I was […]

The Sadness Scale, As Measured by Stars and Whales by Paul Crenshaw

It’s easy enough to find, sadness, for there are so many stories of it disseminated on social media we might all stay quivering in our small rooms for as much time as we have left. In only the last week, besides the politics and polemics, the pipe bombs and opioid epidemic, I’ve learned that we […]

Following the curve of the Great Lawn   I turn towards your public bed   The bench with the plaque from the Levy family, remembering loving parents   The wooden frame of the Delacorte Theater throwing a shadow blanket over you   Your college coat, graduated into frayed hope   I sit at your feet, […]

How to Be by Rebecca Cross

A needle and thread: Imagine yourself in your hand, loving what you want to mend. That’s easy. What’s hard is pulling yourself through.   A mirror: Be a backwards Susanna. Watch old men stroke their beards while you bathe. Learn to love them. They are your wet nurse, your supple, your seethe.   An ecstatic: […]

Music, Darts, and Other Gifts by Glenn Moss

At Rodin’s House by Alina Stefanescu

Bodies tangled like tonsils, two stones claiming space Deep in our throats. My eyes met yours across vacant pews In memory of unsacred chapels, those looks locked into arms race of clenched toddler fists. And your grin unscrupled statues   The museum sign warned us not to touch. The ways You feigned misunderstanding the language […]

The universe began as a grain so dense its burden was precisely the blossom of existence. Bourbon begins as at least 51% corn. The mash is gathered, ground, & slurried to sourness, consumed by yeast & funneled into copper pots that rely on nothing but fire to yield clear liquor then calmed by years in […]

My father rapes me every night and I cry. I don’t like him in my bed—until I do. Poor child, so young, no voice, only legs spread, open and aching, I grow to love him. He yanks his pajama bottom strings leaving me alone in a puddle of goo.   Leaving me alone in a […]

The Tramp by Sneha Sundaram

The first circus clown was a woman. Painting her face came easy to her; She had been doing it for years. Makeup made the scars go away, Or so she thought. Now, she wore it like war paint.   The giant red nose Held the broken one together. Like plaster from the doctor who believed […]

Surviving the Flood by Glenn Moss

I Arkansas and Tennessee in 1927   The Dakotas and Nebraska in 1993   Grandma on the roof, muddy cane and goodbye   Farms becoming reservoirs of mud   State Farm and Allstate prepping commercials   Waters recede along with college plans   Soybeans and hope are planted again   Bismarck shelters and Omaha warehouses […]

On the far side of the lake, they’re calculating how to shake me from my bench so I’ll leave my lunch behind.   Despicable – these ducks who seem innocent enough, yet who will trouble waterways to ruffle my peace with unrelenting eyes.   I admit every staring thing unhinges me: the maple peering into […]

The Water of Life by Zac Thompson

A waiting room at a hospital. Three people (A, B, and C) are sprawled out, waiting. It should be noted that none of these characters are gender specific, and may be cast in any way, though they have all been denoted as “she,” for simplicity and also as a sort of a screw-you to the […]

Stubbornness and Luck by Marcus Jackson

At age 14, I wrote my first poem—an awful sequence of rhyming couplets that I originally began in a half-baked attempt to convince a schoolmate to leave the guy she was sleeping with and resume dating my bleak, virginal self. Aside from yielding a horrible poem, and aside from drawing no response at all from […]