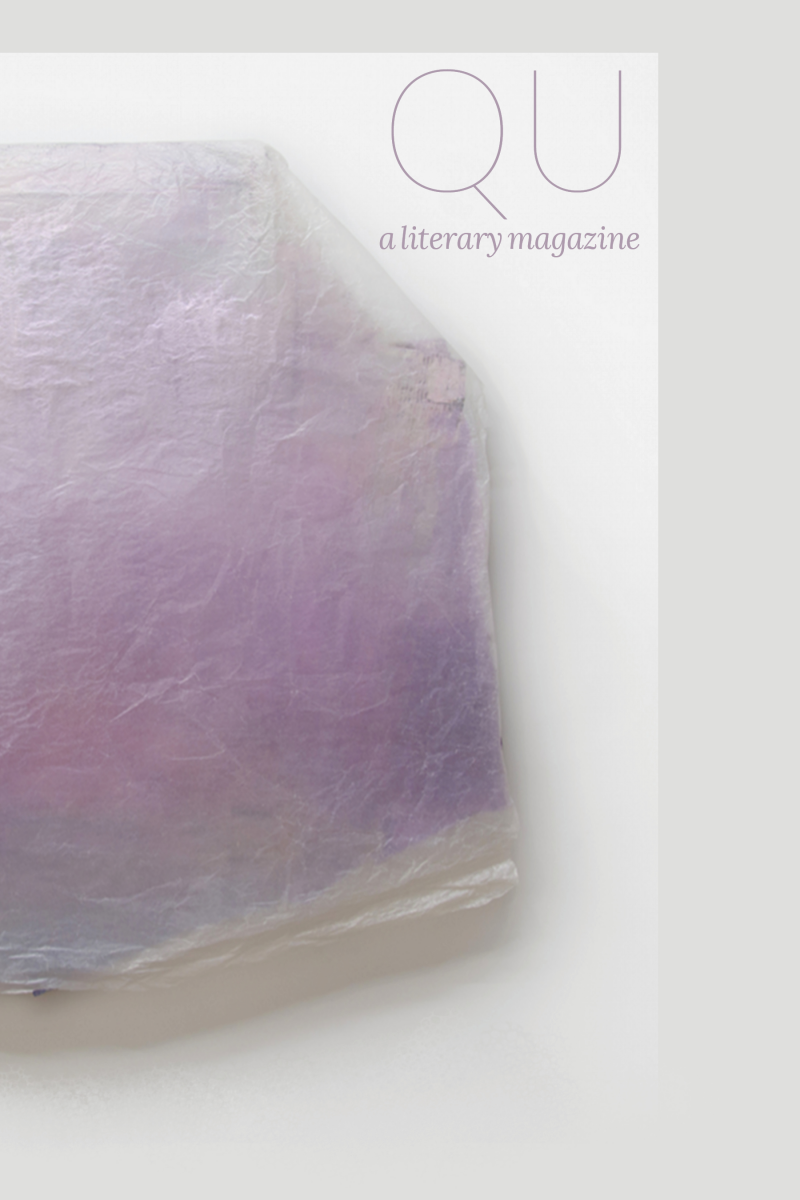 Wednesday, 7:45 PM They leave the car running and duck into Kwik Trip for what Nate insists on calling “necessities.” He and Melanie walk the aisles slowly, trailing fingers over nonsense items: foam beer koozies, ping pong balls, flip-flops in the shape of Minnesota. Athlete’s foot medicine. Paper clips. Mints whose flavor is identified as “fart-taste.” […]

My Last Splurge by Alicia Bones

May 30, ‘09. My last splurge in NYC was this 30-pound slab of wax. I paid $150 for it, and made this mystic writing pad. I thought I had enough trust fund money left to buy it, but I didn’t. Turns out I spent most everything on pastry trends: Bundt cakes, boxes of rainbow macaroons, […]

We had never been inside such a place. We didn’t know why the owner was so angry. He yelled at our buddy Rob to stop filming. Rob slid the VHS recorder off his shoulder, swinging the bulky video camera like a lunch box, and stepped outside. He shot different footage. Once we left this city, […]

The Abandoned Houses by Alison Stine

This is my hometown: Mansfield, Ohio, rated “Worst City to Live in North America” by Places Rated Almanac of 1996, the year I graduated high school. Population: 47,000, though that keeps falling. General Motors left. Before that: Westinghouse, Mansfield Tire & Rubber Company, Ohio Brass, Tappan, Armco Steel. My town is a town of abandonment, […]

My brother and I still reminisce about the year we lived in another family’s attic. For months we dreamt about playing outside our faces pressed up like needy moths against the window’s wintery pane. Every chance he got, our stepfather reminded us to pipe down, our mother hinting for us to tiptoe along the attic’s […]

When I said I am doing so well these days, what I meant is I will go back to a humble place. I will get a job in manual labor, in rugged red sand and plains towns. My book of instruction will read, How to Clean a Steam Train. All this, so I may live […]

1. If the moon’s surface was composed of waves the way DaVinci thought, sun reflecting moon ocean and our dark seas’ slow shadow, borders might be in temperatures, in currents, in light—the fish sustaining themselves in the cold rock, the warped water, our planet at arms-length like a hot pearl. 2. During red tide, the […]

On a forest hike, a man and son stop for lunch. The boy lies back on a rock. They’ve planned to go home soon after tossing scraps. But the man has forgotten the way: the clouds peek over trees; the woman, once his wife, has left with someone else. In his hand, the father holds […]

Hoping that with Sleep by Margaret McGowan

the waters will flow through the gutters with ease without you having to interfere hydrodynamics, you’ve said and the clicks of the emails coming, will silence themselves at least for a time, your head so heavy maybe you can heal, hard as it can be, through the years and you, lying so still, giving very […]

Snorts in the passageway, pinches the delicate ones— those who wear the jackdaw’s gray plumage. Kafka’s father and Kafka’s father’s two dead sons. This trilogy in which a Czech accent flourishes, upon which the holy days continue to riffle the year. Can such a man corrupt the liver of a virgin goose? A bread job, […]

Grabbing a raincoat, I find a moth and ask: What do you do here in my closet, what of your light– to which he says: At the end of each night, my light goes into my soul, what of yours? The day is then the weather’s blue colors, mirrors and rain, that almost white where […]

Nights like these, when I am less a man more a traffic light lingering on yellow, more feet full of running, twitching over the gas pedal, more snake caught between rocks thrashing, more a radio’s needle stuck between static and station, coughs and crashes of what could be song or argument, more the image of […]

Girls Without Fathers by Paige Sullivan

The engagement was over, so Amanda dug a well in the middle of a field, tossed a pack of Camels and a few cracked novels down the hole, then dyed her hair redder in that water, so cold it dried stiff. She wanted to see Maine’s lighthouses, but the drive was too damn far, so […]

How Would You Describe Yourself to Yourself? by Amy Marengo

i’m afraid of stars fuck it all of outer space. how small it makes me. i’d rather not count the grains of sand stuck to my thighs after sex on the beach a millepede scuttering next to my shoulder meteors shooting blank over my lover’s head. not so blank. i abort a galaxy half named […]

CAST Sam: Male, 25-30 years old, African-American. Jill’s husband. He’s in the third year of a four year prison sentence. Jill: Female, 25-30 year old, white, Sam’s wife. They have a seven year old son that she’s supported while waiting for Sam’s release. She’s a strong person, not a whiner or whimperer. SETTING All the […]

Mend the Envelope by Jason Lasky