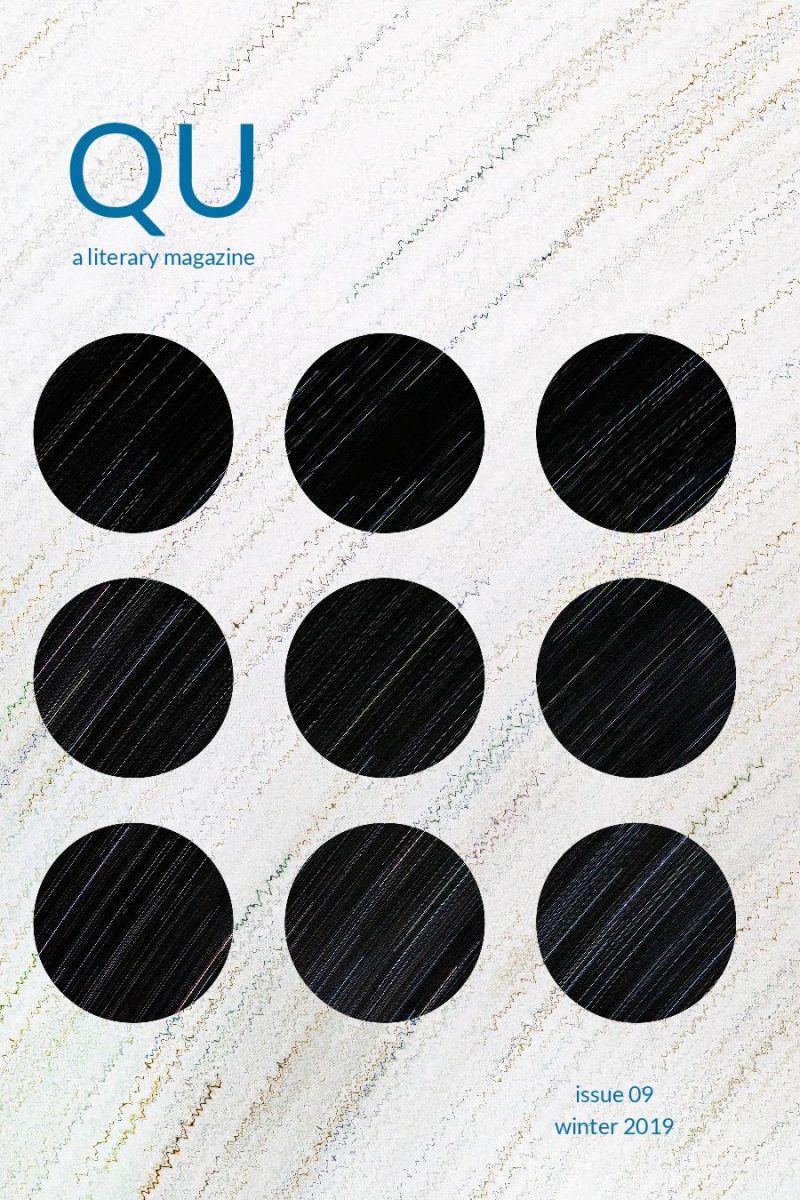 It was 3 a.m. on the second day of March and the moon was waxing, gibbous, and full of rainbow. I was walking down the Rue de Esquimalt, tripping on my feet but also on whatever madman’s panacea, whatever twisted elixir was coursing through my veins at the time. I can’t remember what it was […]

Interview with Mary Laura Philpott: Author of I Miss You When I Blink by Karin Pendley Koser

Personal Interview with author Patti Callahan, author of Becoming Mrs. Lewis (historical fiction) and 13 contemporary fiction novels by Karin Pendley Koser QU MFA 2019   [Full disclosure: Patti and I have known each other casually for about ten years but aren’t in regular touch due to our full lives and physical distance after […]

Turtle, Senator and I sat at a table at the Beachcomber on Wollaston Beach while the redheaded guitar player, billed as The President of Rock ‘n’ Roll, roared: There’s a riot goin’ on! Down in cellblock number nine. I was in the slammer with Albert DiSalvo, shouted Senator over the music. He nodded his head […]

Maybe they are paper airplanes, or goosenecks made from linen napkins, clappers taken from every bell within fifty miles. I imagine that, when you gathered your train, to get into the car, streamered with tin cans that rattled newlywed the whole way home, grains fell from the hand-stitched fabric with a hush. I feed you […]

Ordinary Psalm With Severe Neglect by Julia B. Levine

I was working day shift at the County Shelter, 102 degrees in the tattered shade of that street and this kid, maybe 5 or 6, had been scrubbed clean, her hair oiled for lice. Her teeth rotted brown   from sucking juice bottles to sleep, she was busy climbing over the dirty couch in the […]

after Wayne Holloway-Smith   Sara without the H (the princess is not Jewish but Arabian), Sara Kookaburra in the old gum tree, Sara who struggled to sharpen B+s into As, Sara who sees double, Sara under wraps, Sara in the brook (her natural habitat), Fire Hen Triple Gemini Sara. Skeleton crew Sara, Sara Solo, Sara […]

WHAT BOTTICELLI DID NOT PORTRAY by Karl Plank

After the Diagnosis by Shuly Xóchitl Cawood

I stopped planting annuals—no more petunias or geraniums or zinnias I longed to have come back without my bidding. I planted Lenten roses, daffodils, daylilies whose color I forgot so they would surprise me in summer: orange persimmon, showlight, mystic amulet, wispy morn. To continue reading this selection you can purchase Issue 9 http://www.qulitmag.com/shop/

INT. BUNKER – LIVING SPACE – ARMCHAIR – DAY A woman’s face. Dry. Brittle. Slack and distorted in death. This was once FAY, 30s. Now it’s just a corpse. ALICE (V.O.) It was two days after my 16th birthday when my mother died. ALICE, 16, scrawny yet hopeful, with all the whimsy of her fairy […]

Loving Our Work and Letting it Go by Rebecca McClanahan

One morning many years ago, I phoned a writer friend and asked if she would take a look at a manuscript I’d recently completed, one that I was particularly fond of. I guess you could call it a crush. Yes, I had a crush on my manuscript. (If you’re a writer, you probably know how […]