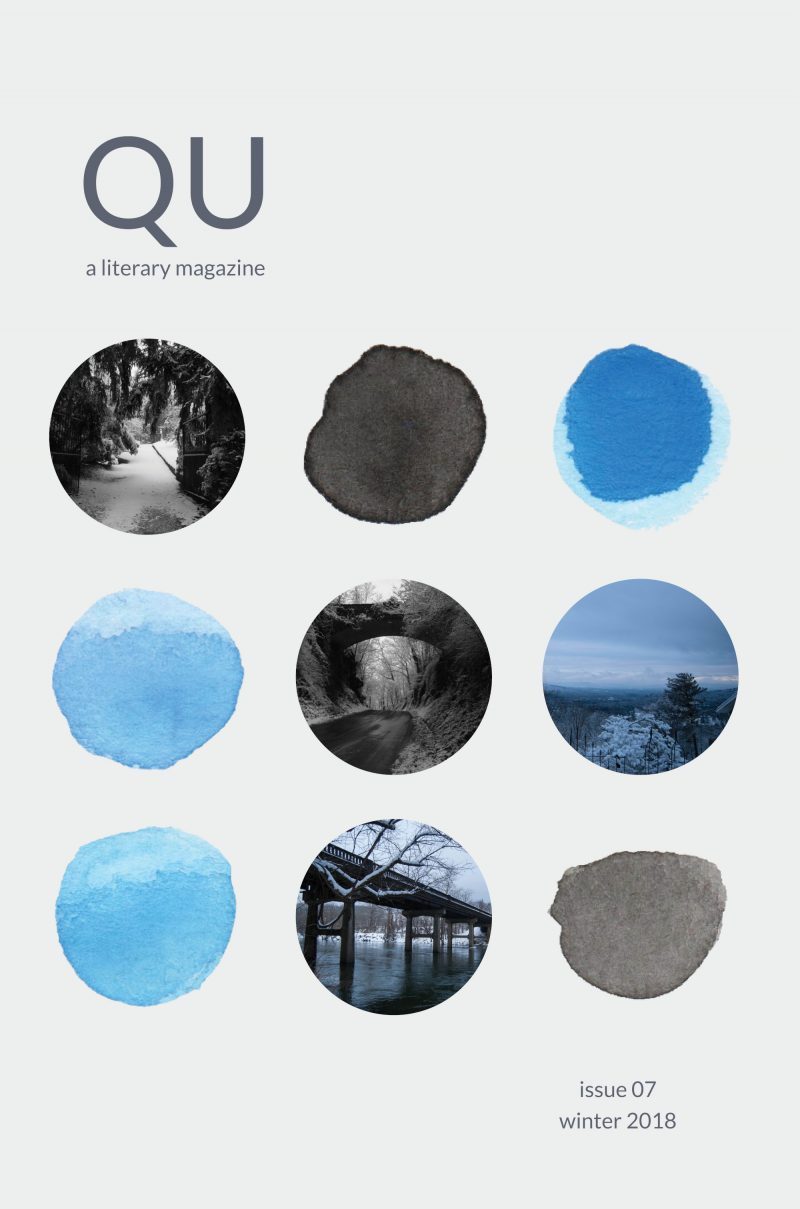 THE ADULTS by Sarah Mollie Silberman

On Saturday morning, I sit in bed and scroll through my phone and try to remember when, exactly, weekends became something to be endured. I text Madeline to ask if she and her girlfriend, Lauren, are going to Alice’s birthday party. Madeline is the one friend I have who does not require a week’s notice […]

VIGNETTES FROM 28,065 NIGHTS by Katie Manning

The First Day of Our Second Year Without You We visited your grave on Christmas Eve. Elliott helped me find you like we were playing hide and seek. Is Granny over here? No… Is Granny over there? We found you surrounded by poinsettias and candy canes. Elliott picked up a small branch and traced your […]

He was dissecting a cat when I arrived for the interview. The lab-coated doctor sat hunched over the splayed legs of an immobilized gray kitty. I looked away. This wasn’t what I had signed up for. He was supposed to be a neurologist, not a vet. “You the gal they sent to take Mary’s place?” […]

after Oliver de la Paz  1. Do you feel reluctant to talk about the subject of abortion? In the center of the ceiling a marigold weeps or perhaps it’s an old chandelier. Inside, there’s an interior glow, shards illuminated in violet-pink  and layers of peeling gold leaf.  Such minds at night unfold. 2. Do you […]

WAITING FOR LEAVES by Kevin West

Your brain had already started unmaking the rest  of you: nothing but gray meat, memories unspooling  so rapidly they became entangled, became knotted. And the medication had stopped working, but still, I fed you the little blue pills, the ones that reminded me of the little blue butterflies you said Satan sent us—gifts of unforgivable […]

“The French, I believe, have agreed on the term ‘aviation’  in case they ever succeed in flying.”—Century Magazine,  October 1891 Let’s agree on a word for _______ in case we ever succeed in ________ing. To the girls who lie down in fields, their bicycles on their sides, too, like horses asleep in the sun, know […]

PUT ME TO SLEEP by Lauren Davis

Chef slams the skillet down and barks something about being low on eggs. Four tickets in my apron means he’ll need another carton. Not that I’ll fetch it for him. I stay on my side of the kitchen. One time, a nurse said Saddam Hussein saved bread crusts for the birds. In jail, without the […]

THE TOUR GUIDE AND I by Alexis Kruckeberg

make eye contact when I nod  as I recognize the Spanish  word for lunch.  He makes special jokes  for the Spanish speakers.  I know enough to know that.  He stands at the front of the bus,  in English tells us the Mayan word  for Jaguar, the four types  of cenotes, the ways we  will experience […]

I wear my brother’s grief with the story of  my past: the character  in a hospital gown spinning around pretending to flip pancakes, being told: “You will not remember  this.”— People still claim: “He does not remember much,” but no space held there for me to reply, no  air to fly, ground to  land or […]

AESTHETIC COULD KILL ME by Xandria Phillips

A KIND OF MARRIAGE by Charles Leipart

E.M. Forster, the great British novelist and champion of individual liberty and responsibility lived a homosexual life concealed from the public eye. In 1931, at the age of 52, Forster takes as his lover, a young London policeman Bob Buckingham who in turn begins a passionate relationship with a young nurse, May Hockey. Forster, along […]

LITERARY ACTIVISM AND THE WRITING LIFE by Patricia Powell

In a world fraught with political tensions and daily life and death matters, can our stories really make a difference? I had never been to a protest until two years ago; I went with friends to the Occupy March in Oakland. For the longest time, I was afraid of going to jail or of being […]